My mom usually doesn’t read novels — she prefers her fiction in TV drama form, especially Korean dramas. So I was surprised when she told me, a couple of days ago, that she started to read my novel The Miraculous Ones.  A few pages in, she said, “This is a thick book! How long did it take you to write it?”

I did a quick count in my head: mid-July to mid-January. “Six months.”

“Huh,” she replied, and then she said, “You want more rice?”

My mom: keeping her priorities straight, as always. 🙂

But that reminded me that I had a blog post to write: about how I wrote The Miraculous Ones in six months. For folks who already write, this won’t be particularly new, but for those who don’t — well, here’s the behind the scenes… with photos!

1: Prewriting
Since this was the second book in a series, then I didn’t have to do as much heavy-duty world building research as I did for Ye Watchers and Ye Holy Ones. Still, I brainstormed enough to know who the two main leads were (Setebos and Cora), what their backstories were, and how The Miraculous Ones ended — all of the preliminary work called “prewriting” in my English discipline field.

By the way, I prewrite the old-fashioned way: with loose-leaf paper and a pencil with plenty of erasers.

I developed the habit of doing this step from my grad school days, when I wrote my dissertation proposal. I had to include a tentative outline of what my dissertation would be as part of the proposal (even before I had an inkling on whether I had enough material outlined for a 200+page PhD-level literary monster). The Powers That Be approved my proposal on the first go-round, so the “Big Picture” outline is forever a part of my book-writing process.

3: Chapter Outline and Drafting
For each chapter, I outlined the plot, pretty much following the three or five-act arc of drama. For some reason, I ended up chapter outlining with small pieces of scratch paper. Don’t ask me why — I did with chapter one and just stuck with that method. However, while I outlined with paper, I rough-drafted with a word processor (instead of writing long-hand, which I did for Ye Watchers).

By the way, I didn’t outline all the chapters in one go. Instead, I outlined a chapter and used that chapter outline as a checklist as I wrote that chapter, making sure that the ending was cliff-hanger-y enough as set-up for the next chapter.

Also, for this book, I had one chapter per Word document file. (I use Word because I have an ancient Microsoft Surface RT with Word and OneDrive already integrated — I’m cheap and lazy that way ::grin::).

After that chapter’s drafted, I saved the file in two places — one in OneDrive (that is, in cloud storage), and a local copy (that is, in a physical storage device). I’ve learned the hard way what happens when my ONLY copy of a chapter disappears, gets corrupted, or otherwise becomes unavailable. Trying to recapture what got lost is enough to drive any writer off a metaphorical (or perhaps not-so metaphorical) cliff.

Rinse, lather, repeat, until all the chapter headers in the “Big Picture” outline were all checked off as done.

4: Meanwhile — Keep Track of Progress
Whilst in the throes of Step 3, I kept track of my progress. I did that in two ways. First was with a physical calendar. Plotting out when I started, ended, and then started a new chapter gave me feedback on just how long any given chapter it would take for me to write, given my day job as an English professor and 24/7 job as a single mom of one kid.

Second was with a spreadsheet (in my case, it’s Excel because I’m using a Surface RT to draft). Next to each chapter header, I keyed in the word count for that chapter and used the simple “sum” formula to keep a running tab of how many words the total book manuscript was so far.

Surprisingly, by keeping my chapters in separate files, I ended up writing longer chapters. That’s probably because I’m trained as a short story writer (my Master’s creative writing focus was on the short story), so I can write pretty long short stories. Anyways, it was a pleasant surprise and taught me that how I wrote this second novel was a better method for me than how I wrote my first.

5: Revise and Edit = Where the Real Work Is
I’d be lying if I said that I waited until ALL the chapters were done before I revised and edited stuff. Because this novel’s chapters were so integrated this time around, I couldn’t make “this’ll do for now” chapters. It’s probably because I’m an indie writer, knowing that the heavy lifting of editing starts and stops with me, so I didn’t move on to the next chapter until whatever was bugging the ever-living crap out of me was taken care of.

Still, after all the chapters were done, I went over the entire manuscript about three more times, often adding more material as needed and finding errors that I hadn’t seen the first, second, and third go-round. Once I got to the point where my brain couldn’t see anything to add or take away anymore (I call that state “writer’s brain fatigue”), then I looked for my beta readers.

As an English professor (as well as a graduate from a tough-as-nails liberal arts university), I’m lucky enough to have a social network wherein I can find like-minded and sympathetic readers to beta-read for me, out of their literary geeky hearts. Some are as technically trained as me and can do heavy-duty copy editing.

However, the most valuable feedback from my beta readers are when they speak on behalf of the novel reader out there, who would be interested in my quirky brand of contemporary romantic fantasy.  As a writer, I can get so caught up in my own brain that it takes a discerning beta reader to call from the outside, “Hey! What EXACTLY do you mean by this?” and “This is GOOD, so good that this part sounds MEH. Maybe you should do THIS.”

Good beta readers are BEAUTIFUL PEOPLE. And I’m lucky enough that I had four of ’em for The Miraculous Ones.

So I emailed a copy of my chapter to them (in PDF form), with broad guidelines of what I was generally asking them to look for. Then, given their own busy schedules, I gave my beta readers a month before I started getting anxious and started bugging them — nicely, of course. Eventually, they emailed me a list of what they believed needed revising and editing. 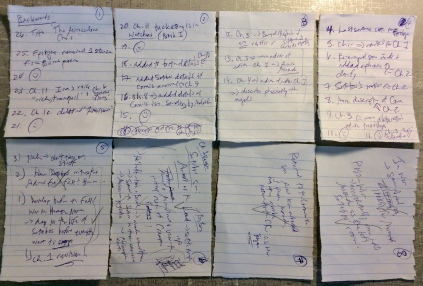 Following their feedback, I made the changes, all the while keeping track of my progress. Then (again, given their busy schedules) two of my beta readers did one final go-round, and once I got an all-clear from them, then I declared I had the final draft, and it was all ready for becoming the galley proof. 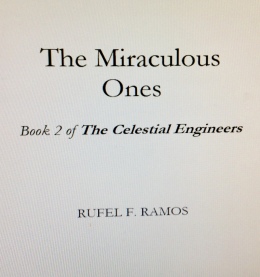 But that part of the process — book publishing through the indie route (and why I went indie) — is for another blog post, as this one is LONG ENOUGH and I gotta get some sleep before the kiddo and the cats wake me up wanting breakfast.
TTFN!
The LQ

If single-mothering were a paid job, I'd be rich. However, it doesn't, so I write (which doesn't pay the bills) and teach (which does). I'm overly-educated in the liberal arts, but that doesn't hinder my ability to be pragmatic and realistic. YAY. View all posts by lizardqueen 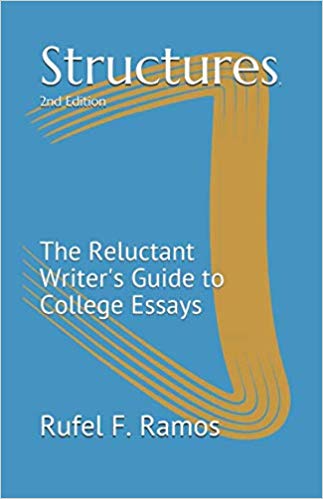